The dice game for learning and practising present simple in a fun way. 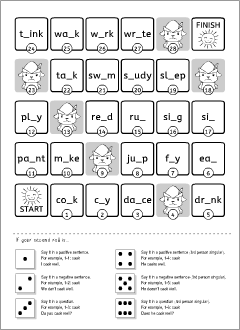 A game board with grammar tasks and trap boxes.

an answer key plus some ideas for trap boxes

This is a game for two players (or teams). In this activity kids practise the forms of verbs. Players take it in turns to roll the dice twice. First to move on the board and find the missing letters in the verb they land on, second to select their grammar task.

You are free to print any of the present simple resources for your own personal (includes printing materials for your classroom), non-commercial use only. Please be familiar with our Terms of Use before using any printables from this site » 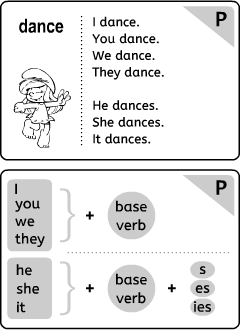 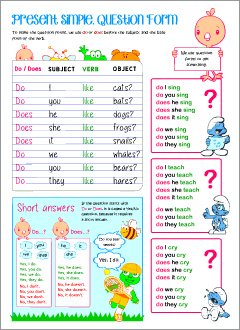 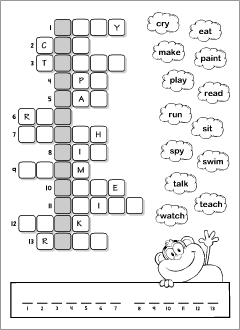 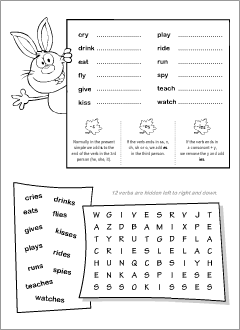