The domino game helps kids learn and practise countable and uncountable nouns in a fun way. 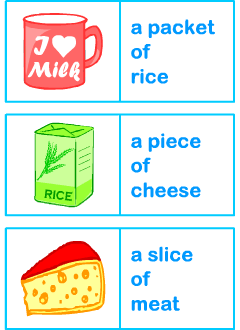 This is an enjoyable matching game for 2 - 4 players (or teams), very simple to play, designed to help kids learn English countable and uncountable nouns in a fun way. In the game, players match tiles (text/picture) and get rid of their dominoes in order to win. 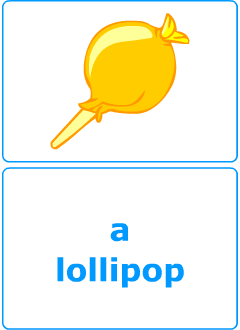 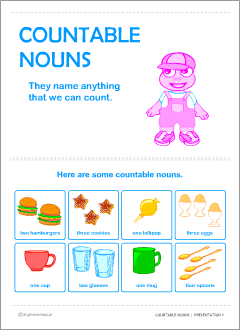 Flashcards and posters to teach English countable and uncountable nouns. 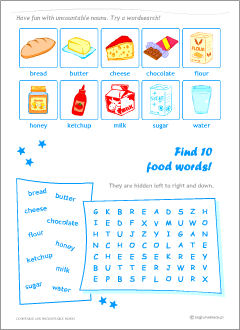 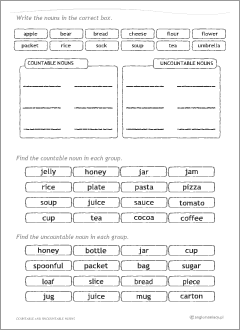